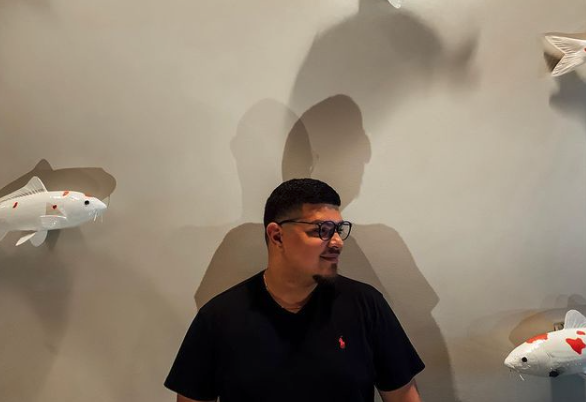 Erik Francisco Medina, a filmmaker and creative producer from Canóvanas, Puerto Rico that specializes in writing, developing, and creative producing. He holds an MFA in Film and Television from Savanna College of Art and Design and a BA in Mass Communications from Universidad del Turabo.

In 2019, Erik co-founded Anacaona Pictures with Mahalia Latortue. They chose to name the company after the Taino Queen, Anacaona. Erik is Puerto Rican Director and Writer while Mahalia is a Haitian-American Director, Producer, and Writer. Together, Erik and Mahalia hope to create diverse, untold stories and provide a voice to the voiceless.

Throughout his career, Erik has worked on different projects but he found his niche in Development. As a filmmaker, Erik seeks to create stories that highlight underrepresented communities and cultures. He has developed, written, produced and directed films, musicals, documentaries, music videos, and branded films. Recently he highlighted the need for Hollywood to put Latinx people in charge of their own projects.

“Green light our projects. Represent ALL of us. Don't make us repeat levels. Hire us for more than our identity. Stories are powerful. Stories change the world.”

“As a writer, traveling is an essential part of my storytelling. When I embark on the creation of my characters, knowing exactly the surrounding that would directly affect my story. But when I decide to travel for pleasure, connecting with my planet is extremely important. Traveling means connecting with people and the culture.”

“Latinx culture is vida. Literally the purest form of life exist within the resilience and strength of the Latinx community. As a Caribbean creator, culture is everything.“

You can find more information on Erik and Anacaona Pictures at
https://www.anacaonapictures.com/