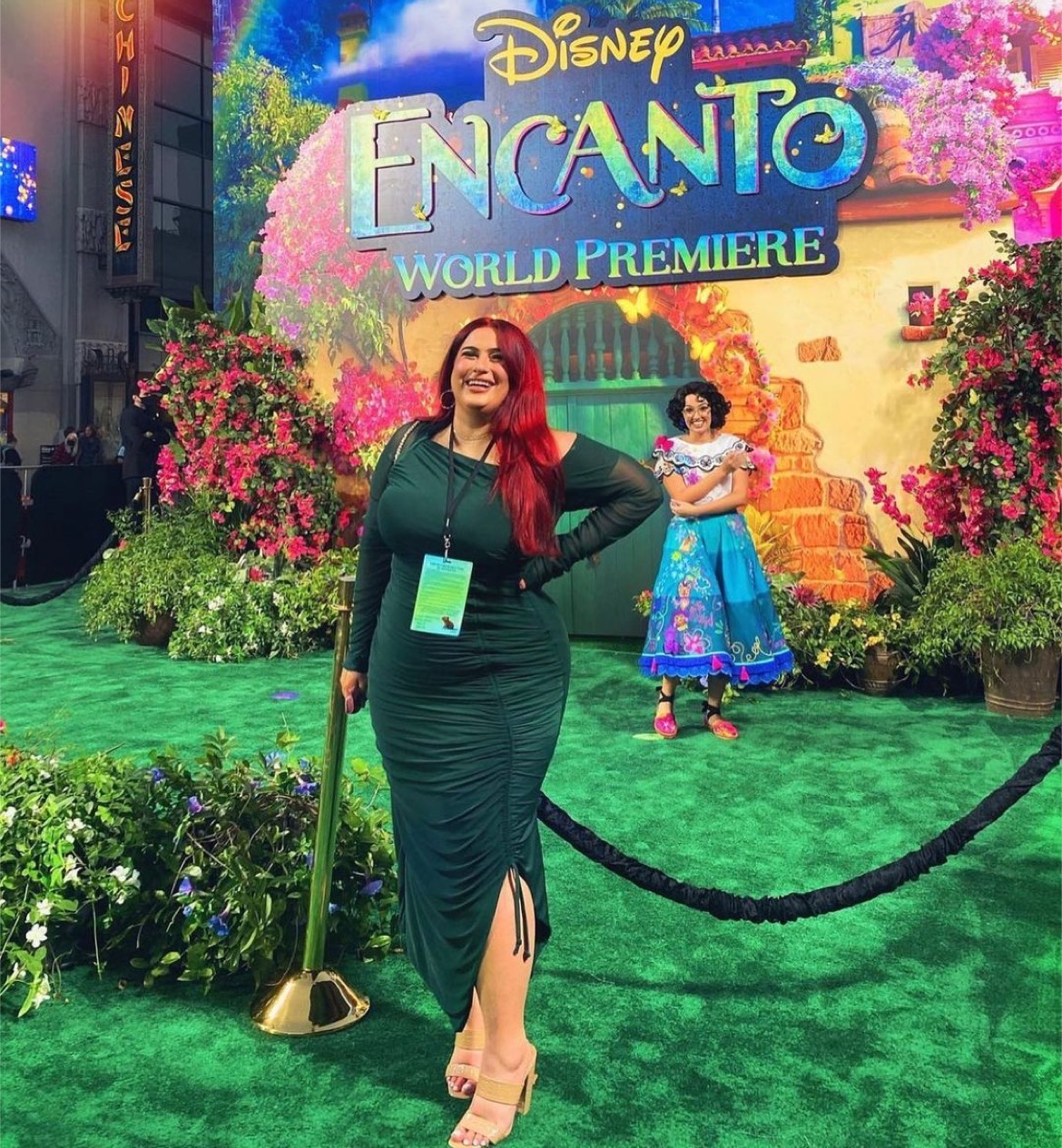 Walt Disney Animation’s original musical adventure Encanto topped the domestic chart with a Wednesday-Sunday opening of $40.3 million, the best start of the pandemic era for an animated title. That includes $27 million for the three-day weekend. Overseas, Encanto opened to $29.3 million from more than 47 markets for a global launch of $69.6 million.

Disney always releases an animated film over Thanksgiving, albeit to far bigger numbers. The last original movie to launch over the holiday, Coco, posted a five-day domestic gross of $72.9 million in 2018.

More notably, Disney partnered with Latinx Entrepreneur Gabriela Trujillo, founder and CEO of 3 -year-old Alamar Cosmetics. Trujillo was in shock when she received a DM o from Jan Coleman, global marketing partnerships and multicultural marketing at Walt Disney Studios was working on a plan around the upcoming release of the new film “Encanto.” Disney describes the film as such: “In ‘Encanto,’ Mirabel — the only ordinary member of her extraordinary family — discovers that the magic surrounding their home is in danger, and she might be her family’s last hope.” “Encanto,” out on November 24, takes place in Colombia, and  wanted to partner with a Latinx-owned brand to bring the collection to life.

“I read about Gabriela and the reason why she started Alamar cosmetics. I was inspired in the truest sense of the word,” Coleman told Glossy. “I knew that I wanted to find the right opportunity, through the power of Disney storytelling, to help amplify this cosmetics brand that she created for women of color and especially Latinx women.”

For Trujillo, who received the DM in the early months of the pandemic, the opportunity was a dream come true. "first I thought, there’s no way this is real life. I really did not believe it,” Trujillo said. “My mindset was so different at that time because we were in the middle of the pandemic, and I was trying to figure out, ‘Where are we going to go from here?’ I was really trying to get a grip on what the future of the company and the makeup industry was. When came to me with this opportunity, it was heaven-sent,” said Trujillo. It is the first time Disney Studios has collaborated with a Latinx-owned brand for a theatrical release.

When her team started working on the collection, the movie was still in the works. Partnering with Disney, however, meant that the Alamar team was not lacking in resources. “The filmmakers even went to Colombia to experience the culture and talk to locals. And they made this whole four-hour documentary,” Trujillo said.

The 13-piece collection is made up of an eyeshadow palette, a highlighter, two blushes, a trio of eyeshadow brushes, a duo of complexion brushes, lip liners, lip glosses, liquid eyeliners and a “magic mirror.” To create the makeup itself, Trujillo’s team took inspiration directly from the animated film. “The house that the characters live in is a really big part of the movie. We would pull up pictures of that, put them into Photoshop and then, with a dropper tool, pick out the specific colors we wanted to see represented,” she said it will be available on alamarcosmetics.com on November 18.